Flooding of water in your homes or office is a serious case of emergency. It is advisable that you call professional assistance in case of emergency flooding. Water flooding can cause many problems and damages to your property and belongings. Carpets are prone to soak in a lot of water which can lead to damage and deterioration. There’s always a big risk of mould formation for flood water damaged carpets.

Black mould or mildew can appear as a thick black layer on the surface and bottom of the carpet. Mould can spread around your homes and lead to a bad home environment. All species of mould are known to trigger allergic reactions in people sensitive to the chemicals and spores released by black mould. Mould will also contaminate the carpet and attract other dangerous germs and pathogens. Some species of black mould can actually produce and release toxic chemicals called Mycotoxins. A mycotoxin is a dangerous chemical which can cause pneumonia and bleeding of the lungs. Mould will also release its spores which can get suspended in the air you breathe in. Any exposure to these spores or breathing in air filled with spores can cause various diseases and ailments. Spores will cause asthma symptoms, breathing difficulties, wheezing and persistent cough. We hope you understand the seriousness of mould formation and hire professional assistance to get rid of mould. Flood Water Damage Restoration Perth can deliver the best carpet mould removal service anytime you need.

We at Flood Water Damage Restoration Perth deploys a highly skilled staff of carpet technicians. Equipped with the latest tools and equipment our technicians can handle and remove mould from the carpet effectively. We start by carefully assessing the intensity of mould formation and deliver mould removal accordingly. We use the best and effective antifungal and anti mould products or chemicals to treat and remove black mould. We will deliver the best carpet mould removal results in no time and also provide a protective and preventive measure for future mould infestations as well.

We start by first treating the black mould with strong and effective antifungal chemicals. These chemicals are harsh on the mould but cause no damage to the carpet. Antifungal chemicals will terminate the black mould and also compromise its spores as well. Deep and thorough cleaning of the carpet is delivered to remove the sticky mould. With a vast knowledge of all the products and chemicals, we can provide complete eradication of mould in no time. Our carpet mould removal service once finished will also prevent mould from reappearing. We also emphasise on using green and natural products for mild mould infestations. We also treat and disinfect the carpet which helps in the removal of all the germs and pathogens. Mould is also removed from the floorings or walls with moisture.

Don’t wait for the mould to start affecting your health and damage the carpets. Call our executives today and Book an Appointment. We will reach your doorstep and deliver the best carpet mould removal service for you across Perth.

Carpet Mould Damage
Thursday, June 27, 2019
★★★★★
“ Our carpets were affected by a large accumulation of moulds and we were startled about getting diseases and complications from our damaged carpets. But someone then suggested us to hire Flood Water Damage Restoration Perth and we agreed and the team of this company helped us to remove all the moulds and dirt particles from the carpet. Thank You.”
- Willow Nguyen

Got Quick Services at Short Notice

Flood Water Damage WA
Thursday, June 27, 2019
★★★★★
“ There was an emergency in our house because our carpets were damaged by an uncertain flood occurs and it leads to desolation and we were soliciting for help. But then we call the experts of this company to mend our all carpets and helped us the best ways possible.”
- Ryan

Carpet Mould Damage
Thursday, June 27, 2019
★★★★★
“ Our carpets were affected by a large accumulation of moulds and we were startled about getting diseases and complications from our damaged carpets. But someone then suggested us to hire Flood Water Damage Restoration Perth and we agreed and the team of this company helped us to remove all the moulds and dirt particles from the carpet. Thank You.”
- Willow Nguyen

Got the Best Carpet Sewage Cleaning

Carpet Sewage
Thursday, June 27, 2019
★★★★★
“ There was a time when unexpectedly our sewage started to drain and it leads to a huge accumulation of tainted water inside our house. But with the help of flood Water Damage Restoration Perth, we get rid of this issue. Thanks!”
- Aria Walker

Most confided in experts nearby

Flood Water Damage WA
Thursday, June 27, 2019
★★★★★
“ A big thanks to the team of Flood Water Damage Restoration Perth , they helped by drying out the water damaged places quiet quickly and also helped us in getting back to our place asap. Thanks a ton to the experts. The team of proficient professionals are trained and equipped with the best quality products and procedures.”
- Sienna Ryan

Carpet Drying
Thursday, June 27, 2019
★★★★★
“ Our carpets were completely drenched due to some reasons but then we beseech for the help of this company and they delivered us the best results. They have a team of professionals who know exactly how to repair the impaired carpets correctly.”
- Richards 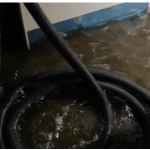 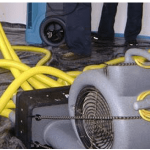 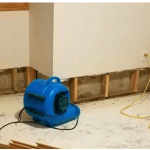 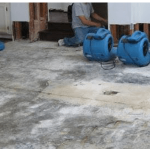 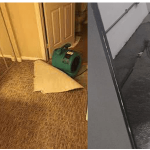 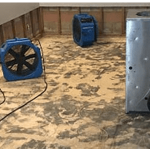 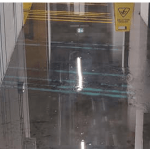